Photography - It's getting better

One of my creative goals is to take better pictures.  In all honesty, I'd much rather be creating than snapping pictures.  #truth  As a maker, this is important to me.  I want you to truly see the colors, the textures, the sparkle and the uniqueness of the pieces that I make.

I took the leap and invested in a photo cube with light set-up this year.  What won't surprise those that know me, is that I've had this boxed up for sometime. (yes, many months).

I opted to take over a part of the basement for the set-up. There is no natural light in this area, so all lighting is controlled by the light bulbs.  The goal is to create lighting consistency, though some of my favorite jewelry photos have been snapped outside on cloudy days.

Here is part of the set-up, I have 2 more lights (one with an umbrella that faces the front of the cube) for the close-up pictures.  I'm more satisfied with the close-ups then those on the mannequin, but it's a work in progress. 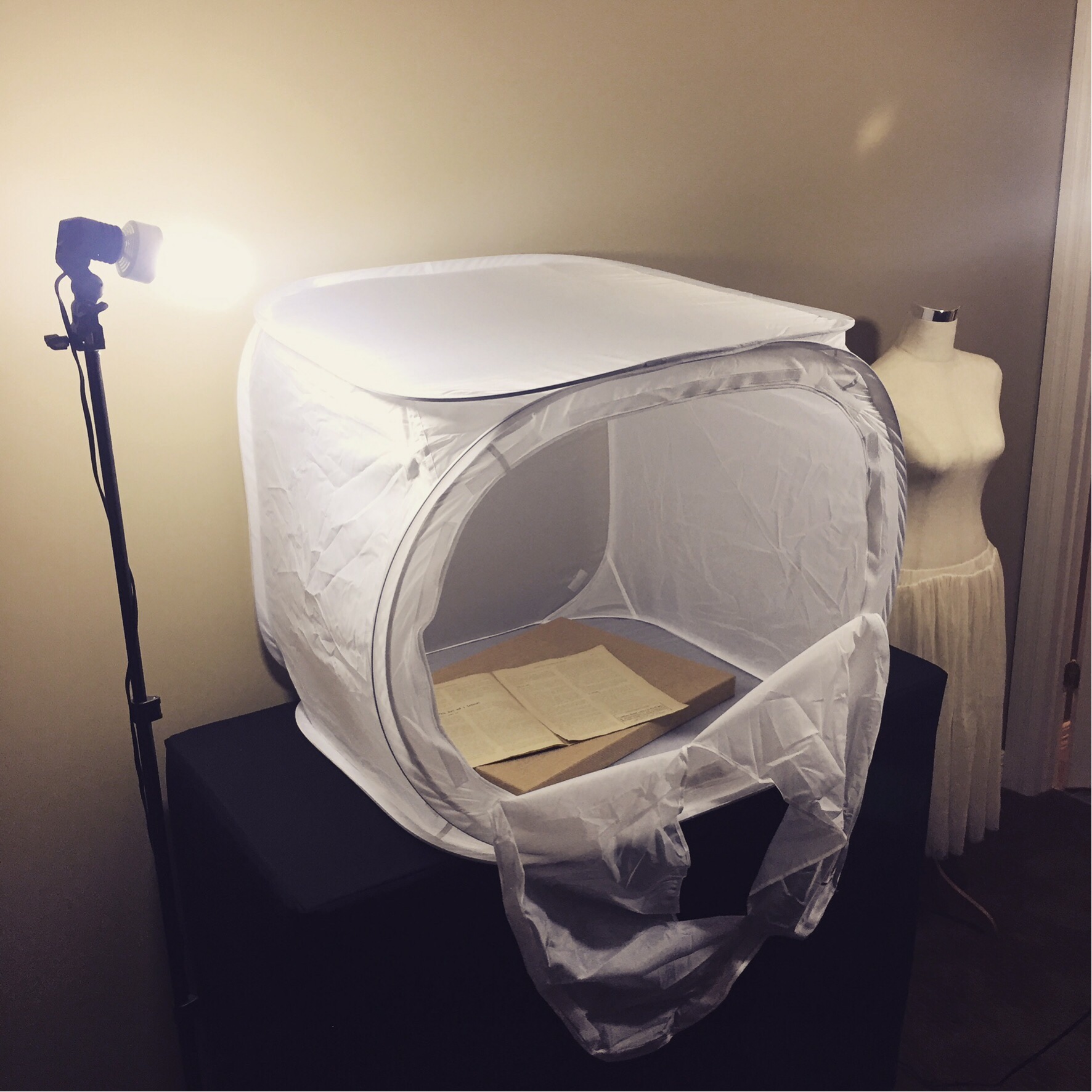 Sample photo #1 - Looking good, but I need to "crop" the photo on the left side or move the underlying paper so that you don't see the white photo cube. 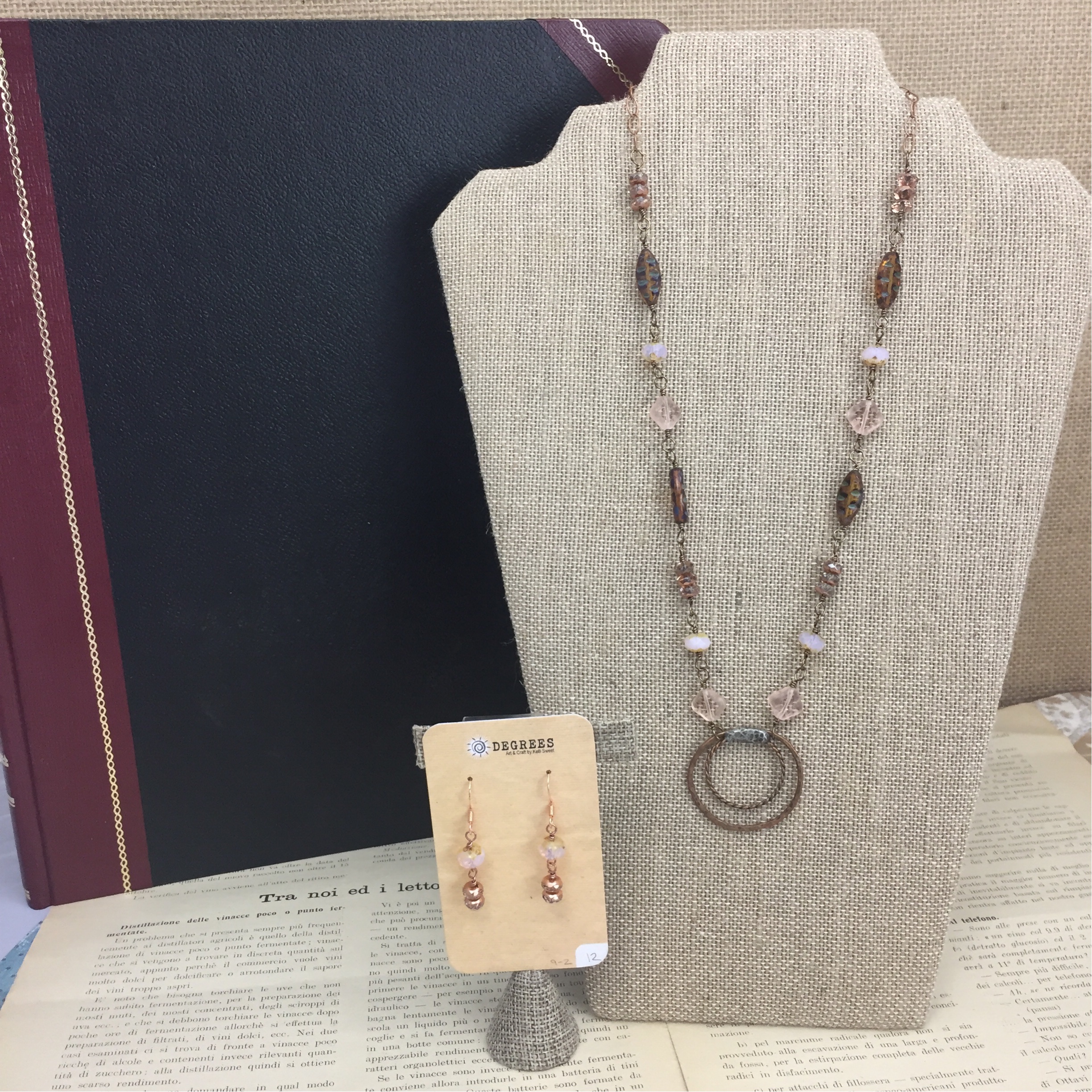 Sample photo #2 - The lighting captures the textures in the soldered heart, but I still think I have some tweaking to do, this photos is a bit "white" and you don't see the warmth from some of the browns in the Czech glass.  Importing it into a photo editor is an option (and another step) 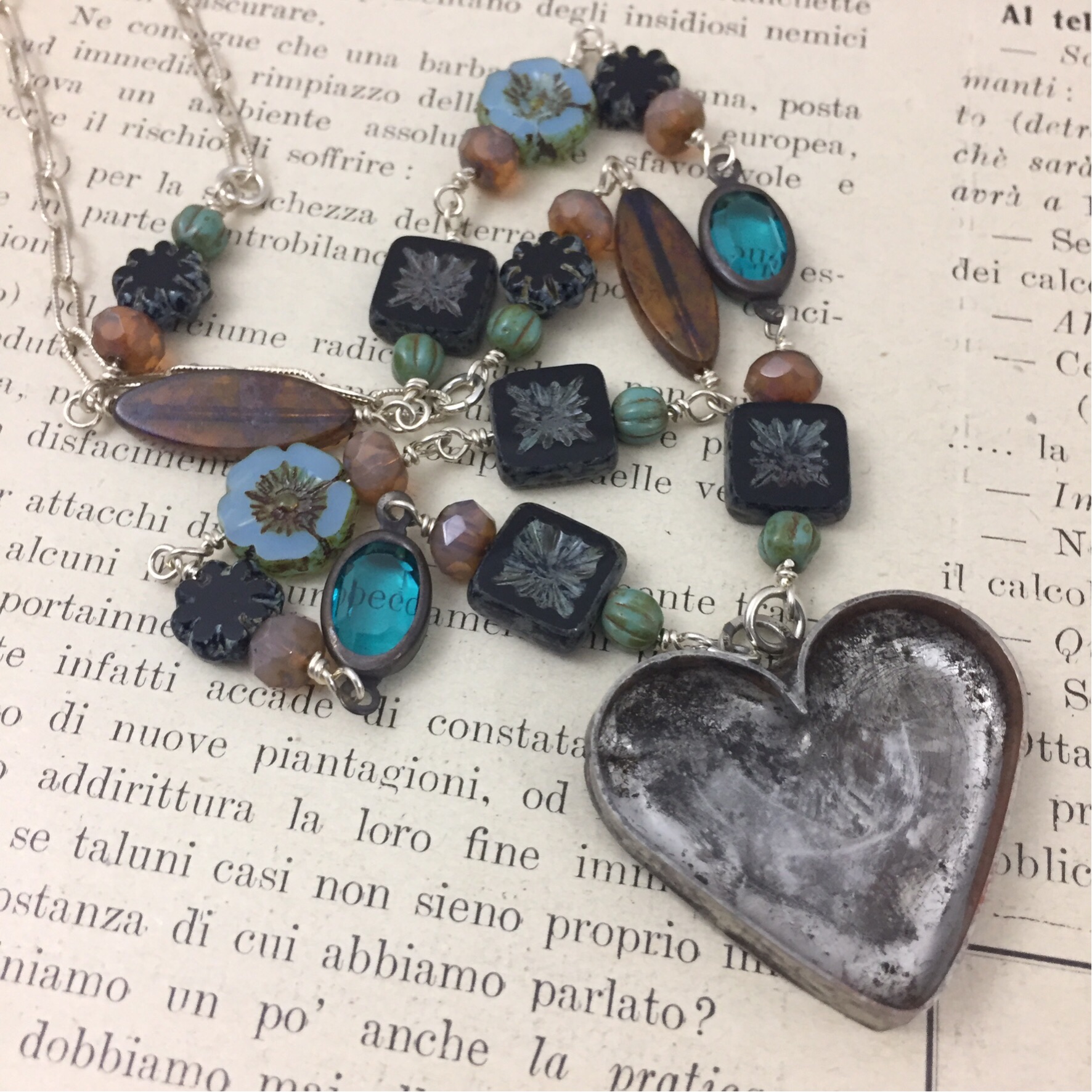 Sample #3 - This is just "ok" - I need to figure out how to get better lighting on the mannequin.    A little tweaking, and hopefully I'll be able to make improvements. 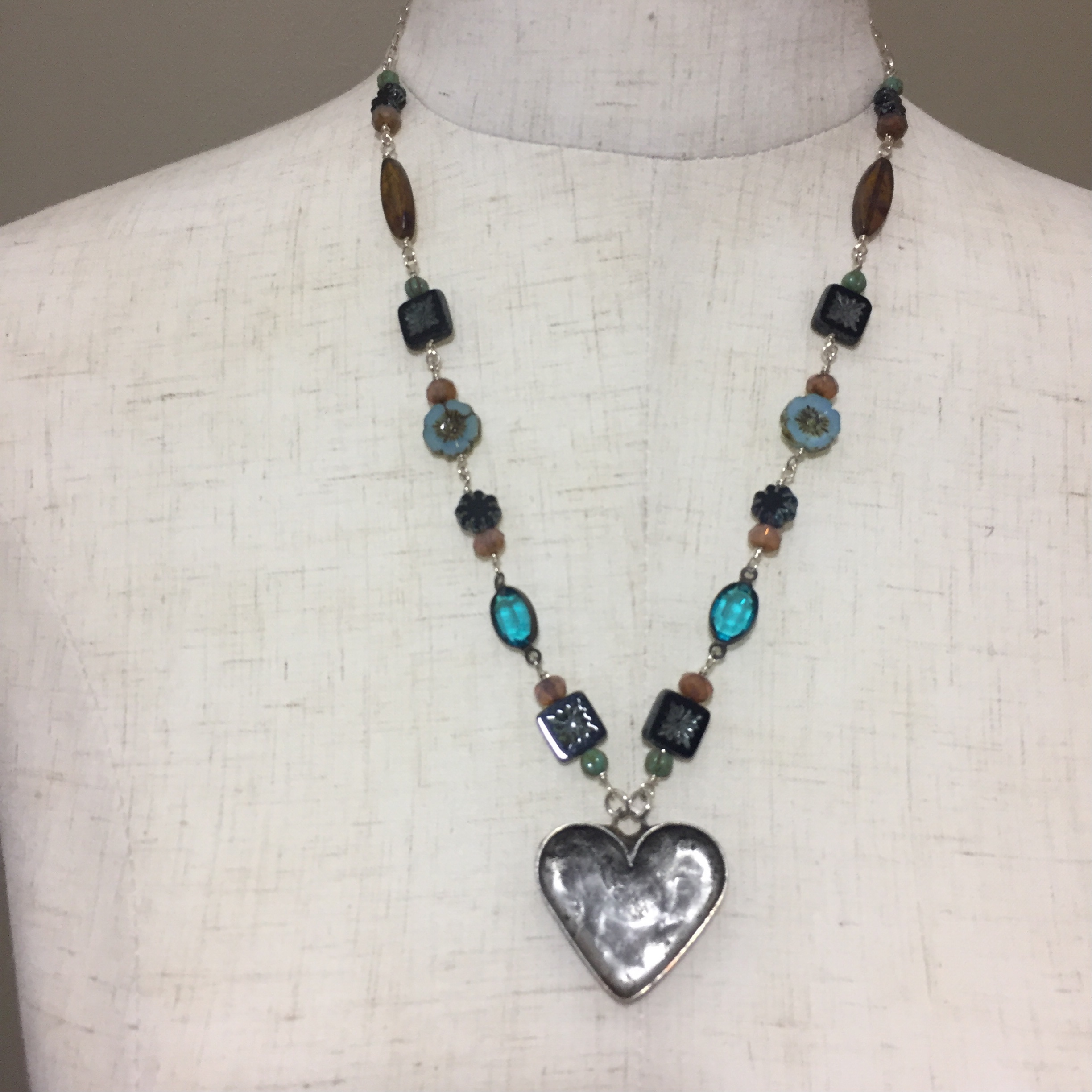 So, you're probably asking "What fancy camera are you using?"

I'm not.  For now I'm trying out my iPhone 6S.  I know that if I want the "best" photos I will need to pull out the good camera.  The benefit of using my iPhone is the ability to snap the photo and take it directly into a social media platform. Using the camera requires many more steps.   And, I'm willing to cut this corner for now.  But I know it won't always be the case.

It's a start.  Or should I say a step in a better direction.

A little bird told me